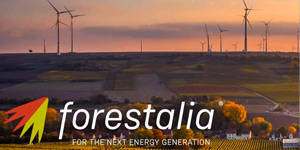 A group of companies led by Spain’s Forestalia Renovables has entered into an agreement to execute the 300-MW Goya wind project in Spain, which will receive no public subsidies or incentives.

The European Investment Bank (EIB) said today it will provide a EUR-50-million loan for the project, while a syndicate of commercial banks will lend an additional EUR 120 million.

The Goya scheme envisages the construction of nine separate wind parks, namely Argovento, Canacoloma, El Saso and Sierra Luna, as well as Las Majas I, II, III, IV and V. These facilities will be located in the administrative districts of Campo de Belchite, Daroca and Carinena in Aragon. They will comprise a total of 82 GE wind turbines, together capable of generating more than 900 GWh per year.

The 300 MW of combined capacity equals the volume won by Forestalia in Spain’s first renewables auction held in early 2016.

Engie will buy a large portion of the electricity generated by the wind parks under a 12-year power purchase agreement (PPA). The French company will also be in charge of the construction process, while GE will take care of the supply and installation of the turbines, manufacturing them at facilities it operates in Europe.

Civil works are scheduled to be initiated during the first half of 2018 and the wind farms are expected to be up and running by the March 2020 deadline.

According to Forestalia’s announcement, Mirova will contribute 51% of the equity for the project, while 25% will come from GE Energy Financial Services, Engie will contribute 15% and Forestalia itself will bring in 9%.